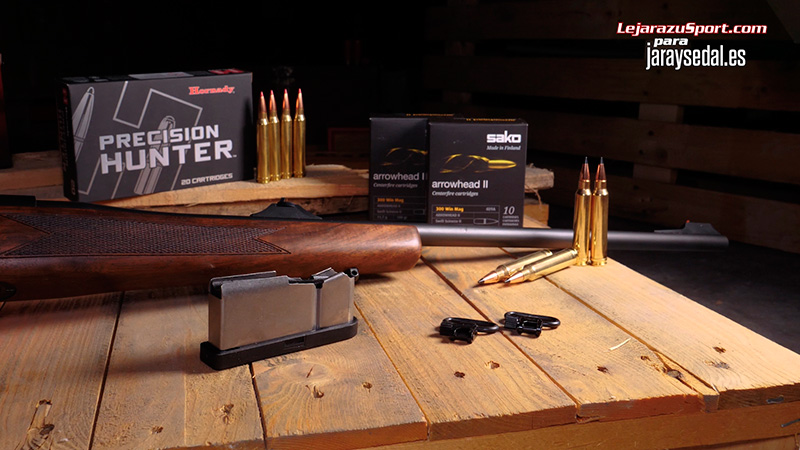 Posted at 08:46h in Blogging by Darksquirrel 0 Comments
0 Likes
Share

We have recently approached the Zambrana shooting range to try one of the last rifles that have arrived: the Titan 16, by Roessler.

It is a novelty in the Spanish market, manufactured in Austria. At first glance it stands out for being rectilinear.

One of the aspects that Roessler highlights the most in his Titan 16 is safety. The rifle has a rotating bolt with 16 lugs that bolts directly on the base of the barrel. It also has a 3 position insurance. Within the Roessler website we can find an editor to customize our rifle, since it is modular. We can change the length of the barrel, the stock, the hikes … A great variety to adapt to the taste and the needs of each one.

The Titan 16 is one of the fastest on the market, thanks to its rectilinear bolt.

This time we have been working with our good friends from LejarazuSport.com, for Jara & Sedal.

In the studio of LejarazuSport we could comfortably have the rifle in our hands, to take all kinds of video resources. We have been surprised by the finish, it is of quite quality. There are no irregular cuts in the wood or residues in the cuts. No doubt it seems high-end. After recording a couple of still lifes (with their ammunition correcpondiente) and take statements to Iker regarding the characteristics of the rifle we collect the material and we move.

To verify its characteristics we have gone to the shooting range and we have done this test: Quick shots (imitating a shot) at 50m. We have used 4 different types of ammunition: Federal Premium, Precision Hunter by Hornady, Superformance SST (Hornady also) and the famous Arrowhead II by Sako.

The rifle has a relatively affordable starting price, about € 1750. It fulfills the function of speed of surplus, thanks to its rectilinear bolt. He is able to hit targets, but with little slack. It is not recommended for accuracy, because in .300 Wincherter Magnum will not make an acceptable grouping, but it works well in its hunting function.