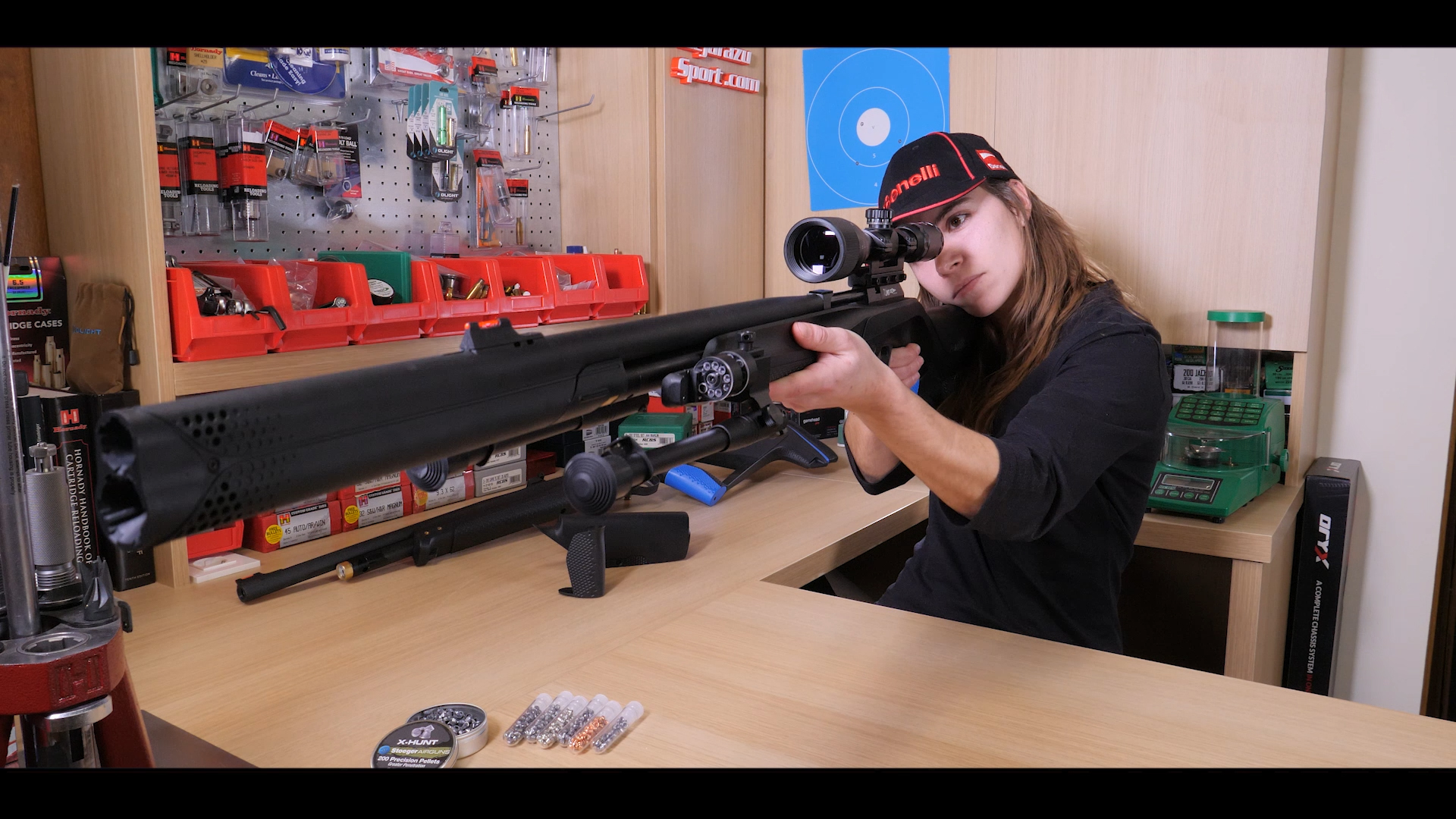 Posted at 12:23h in Blogging by Dsquirrel 0 Comments
0 Likes
Share

We get two XM1 carbines from Stoeger (one with a suppressor) and in collaboration with our friends from Jara y Sedal .es we get down to work with a new video. Our colleague Ana, from Lejarazu Sport, tests these two carbines. For the video we used H&N pellets and Klamer targets.

Didn’t you know that Stoeger had a line of “airguns”? Well they are very precise. We made several tests: first a target shooting, then with rotating metal targets and finally with balloons. Some of them carry surprise! Model S4 has a 6 deflector suppressor. The two XM1 models are available in two calibers: 4.5mm and 5.5mm. They are PCP (pre-compressed air) and it also has a bolt system with rotating magazine. This allows the carbine to be fed quickly and easily. It has an adjustable, safe trigger and only weighs 2.5kg (without visor). In the 4.5mm caliber the maximum speed is 305 m / s, in the 5.5mm caliber 240 m / s.

Whether they are rifles, shotguns or handguns, you should always wear hearing protection. These carbines do not make much noise when fired, as seen in the video.

What do you think of the carbines? Do you prefer it without suppressor?